Taking place over the 1998 Christmas holiday, 1999 contains three distinct series written in different genres and set in a modular shared universe: Crimson, a Manga-influenced martial arts action series about a super-powered Korean American teenage girl hunted across the Korean peninsula; Eddie X, a medical drama about a second-year surgical resident who moonlights as a contract killer; and The Zionist, a political drama about a Will Smith-type college student who inherits a house built in a Jewish settlement in the Gaza Strip.

As with the film Crash, 1999’s three independent series, which have, seemingly, nothing in common, intersect at a common event: a hold-up at a Newark bar.

A fourth series, eponymously titled 1999, is an over-arching police procedural drama about NYPD Detective Evan Dwyer, who was moonlighting off-the-books at that Newark bar and whose job is now in jeopardy because of the robbery. Dwyer is desperate to solve the crime and apprehend the suspects before his review board hearing after the Christmas holiday. His single piece of evidence is a thumb print on a bar glass.

Running the fingerprint through various agencies, Dwyer assembles a list of suspects, most of whom he chalks up to false positives and the crude state of computer print-checking in 1998. What he discovers, however, is a deeper mystery: hundreds of hits—exact matches—to his bar glass fingerprint, ultimately discovering more than a thousand possible suspects.

The Dwyer arc interacts with the disparate series and characters as Dwyer discovers these people, who do not know one another, have nothing in common, and vary in ethnicity, age and gender, are somehow linked by a shared paranormal ability. 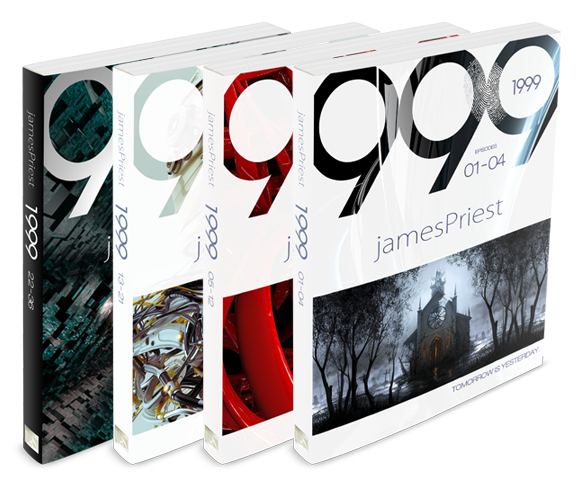 This should have been a comic book.

I’d actually have liked this to have been a comic book, but from conception I realized it wasn’t likely to be. This is mainly about economics: comics have become prohibitively expensive to produce. Originally conceived during the war years as cheap entertainment, comics now retail at about five dollars apiece. This is good for retailers—although most brick-and-mortar chain stores still refuse to carry them even at that attractive price point—but it is bad for consumers who, with each cover price hike, are forced to narrow their choices from walls loaded with titles all vying for the same shrinking pool of devoted readers.

Even worse: the pacing in comics has slowed to an absolute crawl. Most tell a fragment of a story at a glacially slow pace such that a story that once might have occupied one or two issues now takes a full year or even longer to tell.

Given this industry environment, it's unlikely a comics publisher could guarantee thirty-six issues of any series will see print. No company has the budget to produce thirty-six issues of a series and hold them in order to release the entire series all at once as a graphic novel or individually for binge reading.

So, I thought of the next best thing: a revival of the old “Pulp” series format: 80-100 pages per issue of prose along with color plates of graphic art. Use the now-industry standard slick coated paper for the art signatures while using the absolutely most dreadful paper we could find—very cheap newsprint or worse—for the text. Blend art and text in some imaginative way for digital editions.

I thought, and still believe, comics should be cheap, or at least affordable entertainment. Sure, there’s a market for the higher-end stuff—for collectors who buy one and bag one—but I believe comics were birthed into existence for the little kid with the skateboard who’d roll them up and shove them into his back pocket. We don’t sell to that kid anymore. We don’t even know where to find him.

Conceived in 2007 for a 2008 release, 1999 was written, essentially, as a comic book written in prose form. Here, in this 99¢ volume, are four little stories. In the next volume, there are eight little stories. Each episode is paced and written to the length of an issue of a comic book; the equivalent of four issues, $20 of comics stories, for less than one dollar. Of course, you’re not reading a comic book because, if you were, it would sell very few copies because the publisher would not know how to find you.

This edition has no pictures in it. That version of the project will now be called 1999 Illustrated and we may see that one day, especially if this little digital text version finds an audience. For now, you’ll have to make up our own pictures in your head, which (he said, sarcastically) is called “reading.”

1999 was conceived as a serial, and so I am attempting to present it as such. This will likely irritate book readers who may not understand why I breaking the story up into several different editions; why not just package the whole thing and be done with it. Well, that’s not how I intended this work to be consumed. Which isn’t to say there’ll never be 1999: The Complete Series, but that, for now at least, I’d prefer to release it in as close to its original form as I am able.

The Kindle version can be downloaded here. Volume One is only 99¢ and you don't need to own a Kindle (or even a tablet) to read it. If you grab it, please do me a solid and post a comment on Amazon, let me know what you think. 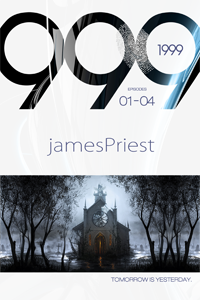 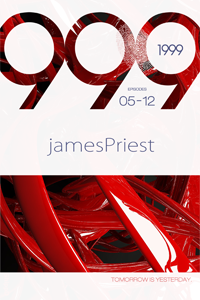 However, Within seconds of their landing in Seoul, Tank, dressed as “Crimson,” costume, is killed. Clayton finds herself alone and hunted by War Locke, her twin brother who is in league with Clayton’s scientist dad—who wants Clayton back for genetic experimentation. 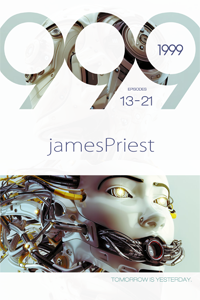 Dr. Kenny Edwards is a young, guileless second-year surgical resident at a struggling, inner-city ER who moonlights as a contract killer. A compassionate, dedicated healer by day, Ken is a calculating, cold-blooded hit man by night. His two worlds collide when one of Eddie X’s victims ends up in Kenny Edwards’ ER, Kenny experiencing a crisis of ethics as he ends up saving the life of a woman he’s been paid to kill. 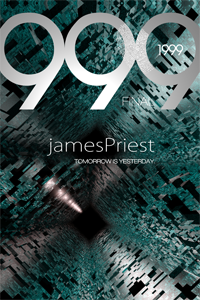 Eric Desmond, a 19-year old wiseass college kid from Crown Heights, is visited by a strange, aged African Holy Man who tells Dez a distant relative died and has left Dez a house. Dez is elated before discovering a major complication: the house is located in an Israeli-occupied settlement within the Gaza Strip.

The Holy Man tells Dez, who’s recently developed strange paranormal abilities, that Dez is, in fact, Jewish and Israel is his homeland; a place Dez now has both the power and the obligation to protect.

Under pressure from a police investigation into a Newark bar stickup, Dez flees to Gaza intent only on selling the house for quick cash, but quickly becomes embroiled in the Israeli-Palestinian conflict while discovering more about his true heritage and conflicted over whether or how to employ his powers to resolve the ancient conflict there.